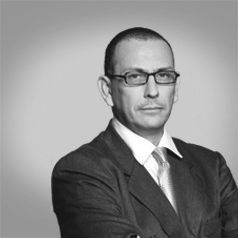 From 1994 to 2001, Mr. Cristal served in various official capacities in Israeli negotiation teams with Jordan and the Palestinians, and experienced years of intense negotiations.

He is a faculty member at SKOLKOVO, Moscow's leading Business School, as well as a lecturer at the Executive MBA at Recanati, Tel Aviv University and the Interdisciplinary Center in Herzelia, and a visiting scholar in leading international negotiation institutions including the Program on International Negotiation (PIN) at IIASA, Austria, (2001-2008), Program On Negotiation at Harvard Law School (2007) and the IDSS in Singapore, (2004).

Graduated Bar-Ilan Law School in Israel (1994), and Harvard Kennedy School of Government (1998), Mr. Cristal is also a doctoral researcher at the London School of Economics.